Episodes in the Life of a NBA Mother 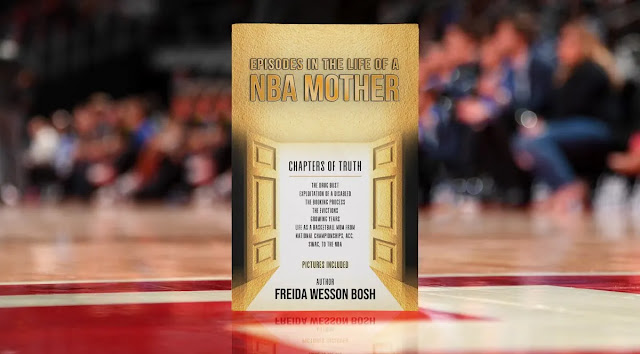 Call it a biography or a memoir add this novel to you must read list!

Inside the pages of this novel experience the life of NBA Mother, Freida Wesson Bosh, Author. The book, Episodes in the Life of a NBA Mother, is quite intense and a real page turner for readers. Not just your average biography.

From the inside pages of this wonderful book, reads: “What a mess! If you’ve ever been violated by having your home destroyed in a drug burst, then arrested and interrogated for exploitation of a disabled person, and facing being evicted from your home, not a house, where you have lived and maintained financially for over 10 years with force, for NO RENT DUE, NO LEASE. I experienced such an invasion of my real life and privacy! ALL OF IT WASHEARTBREAKING! It’s called innocent. Who or what the hell, better yet why?”

Read the real untold story not seen in the media by NBA Mother, Freida Bosh.

The book includes a bonus for readers beyond a mothers NBA episodes, poetry and photos included inside the pages.

At the age of 61, I want you to know.
I've learned about life matters,
And my purposes to grow.
I've learned humans have a heart,
And the heartbeats every day.
But I've also learned,
In life matters,
I must always fervently pray.
See there are things, in life matters,
Which a human cannot control.
Like the moon, the sun, the planets,
Or the heart within the soul.
So, you see when your Life Matters,
As your years turn into seasons.
Our purpose on earth, God's gift from birth,
A human heart beats for reasons.

As a mother, Freida Wesson Bosh, graduated with honors, worked as a computer analyst for corporate America, and owned a certified minority women business. Then her son, Chris Bosh, was drafted at the age of 19 the fourth NBA pick going to Toronto Raptors in Toronto, Canada. That was years ago.

Her son was drafted to play and the years as a NBA Mother involved work. Releasing her 19- year-old son into a league of seasoned professionals in every way of life like agents, marketers, dream sellers, and all that.

“My goal was my son's success and based on what I and others have experienced I get a grade of A+. Right off the cuff, I had to gain NBA Mother off the court knowledge. Exposing my entire life slowly until one day it's out there, my family life as seen by the public on network TV, judged by people I have never met. Then it doesn't matter if what they hear of see is lies, anything goes!” 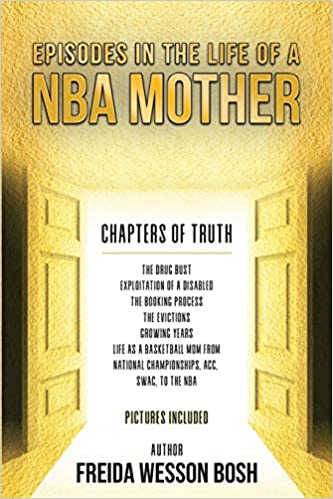 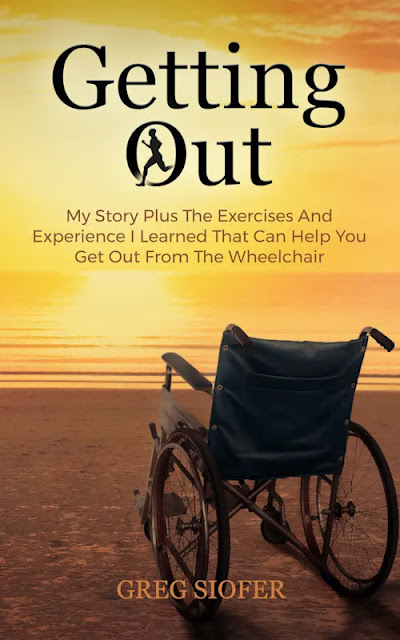 GETTING OUT is designed for those who are wheelchair bound, physically unable to walk, to speed up the healing process. Written by Greg Siofer, a man who suffered a near catastrophic health setback but with the help of invaluable physiotherapists and physicians found a way forward.
Readers are calling GETTING OUT, "A Must Have Book".
Click here to get Getting Out on Amazon / Kindle

From the Ashes of a Dead World 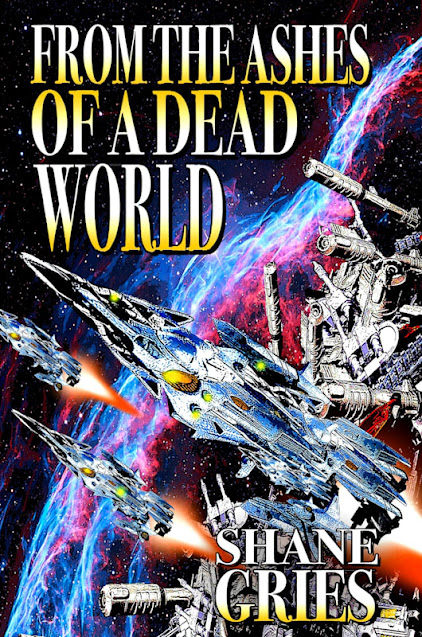 From the Ashes of a Dead World

Pavel Marino commands one of the few remaining combat squadrons in the final days of an unwinnable interstellar conflict. On orders from the admiralty he must now spirit his government’s leadership across the stars to a forgotten planet whose inhabitants were believed destroyed in an ancient war. There, far from the reaches of a ruthless foe, on a desolate oasis in deep space, they plan to lick their wounds with the intent of fighting once again.
But his ships were never designed to travel such a distance. The vessels eventually fall apart in transit as the crews starve, while good order and discipline begins to decay. Along the way many difficult decisions are made so that a few can survive. And when they finally reach their anticipated sanctuary, they discover that the planet is already inhabited by billions of humans with industrial-level technology, driving cars with internal combustion engines, flying airplanes with propellers, and waging a brutal world war.
Desperate, and with nowhere else to go, the weary space-farers make contact with their long-lost cousins. They must now make a fateful decision: Should they strive for peaceful coexistence with an archaic culture or subjugate these primitive beasts?
Click here to get From the Ashes of a Dead World
on Amazon / Kindle 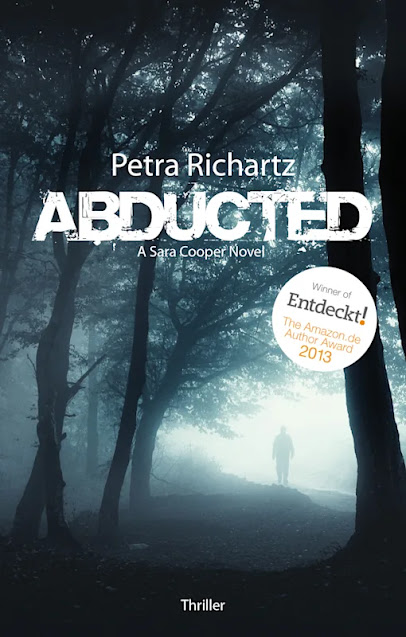 +++ Winner of 'ENTDECKT' - the Amazon Breakthrough Novel Award 2013 in Germany +++
Sara Cooper is a detective with the San Diego PD investigating a series of abductions. A couple of children have disappeared without a trace and the situation spins out of control. The case keeps twisting and turning and becomes a real personal ordeal for Sara. She soon doesn't know whom she can trust anymore or which of the many leads she should follow up on. The only thing she knows: Somebody is playing a perfidious game with her...
Click here to get Abducted on Amazon / Kindle

The Pirate Dinosaurs in Space 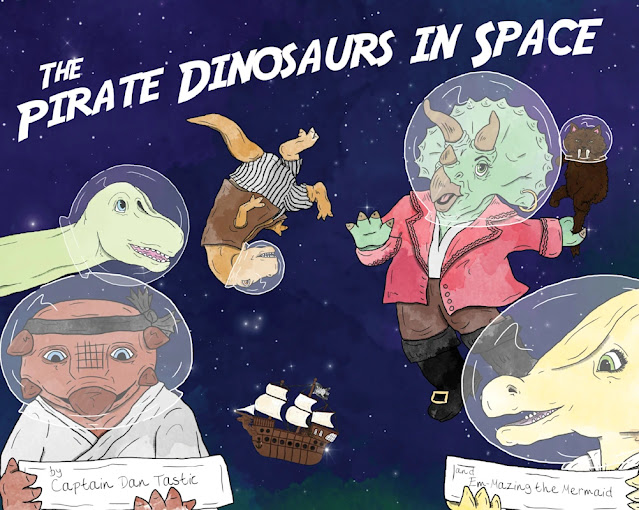 Amazon Review
"I want to be a pirate dinosaur in space” - Reuben aged 3
“This is the best book ever!” - Willow aged 6
“I love Captain Dan Tastic's story!” - Elijah aged 7
"The best book about pirates, dinosaurs & space I've ever read” - Natalie aged 33
Synopsis
Join Captain Triceratops and her ragtag band of pirate dinosaurs in a rhyming adventure story that will take them across the world and into the depths of space! Fun for all ages, and with a diverse range of pirate dinosaur characters, this tale is already a favourite among many aspiring buccaneers!
Captain Triceratops' crew includes First Mate Rex the Tyrannosaurus, Sail Master Brax the Brachiosaur, Parminder the Parasaurolophus, Steg Meg the Stegosaurus and Yoshu the Anklyosaur. Their adventures are fun and exciting and will inspire children to work together, reach for the stars and give strong female role models.
About the Author & Illustrator
Daniel Glastonbury is an award-winning children's entertainer and educator, having performed in his role as the magic pirate Captain Dan Tastic he has entertained and delighted children across the United Kingdom since 2010 with his magic shows, educational days, festival performances & children's youtube series.
Daniel Glastonbury lives in Manchester with his wife Emily Glastonbury who joined Captain Dan Tastic's crew in 2015 as Em-Mazing the Mermaid. Since then she has helped Captain Dan Tastic to expand their children's entertainment empire across the country with her range of artistic skills including costume design, set production and children's illustrations.
Together they run Dan Tastic Entertainment, Dan Tastic Education, Siren & Sailor Weddings and Mermaid Makes, if this wasn't enough they are currently working on their first baby buccaneer to join their pirate family.
Daniel & Emily Glastonbury would like to thank you for choosing their book and hope you will join them again for their future publications!
www.CaptainDanTastic.com
www.DanTasticEducation.com
www.SirenSailorWeddings.com
www.MermaidMakes.com
www.youtube.com/CaptainDanTastic
Click here to get Pirate Dinosaurs in Space
on Amazon US Store
Click here to get Pirate Dinosaurs in Space
on Amazon UK Store 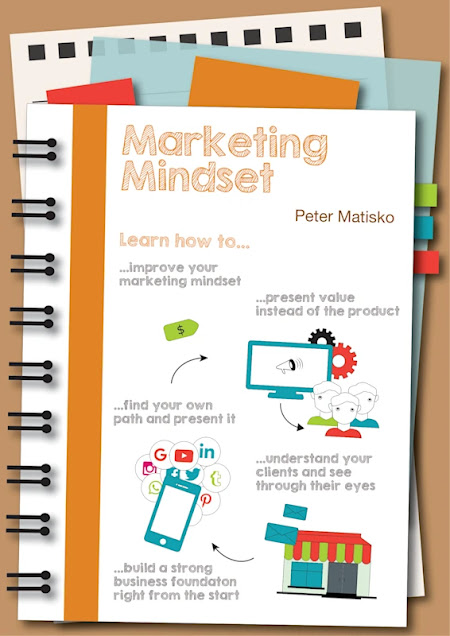 BUSINESS REQUIRES A STRONG FOUNDATION
Every business requires a strong foundation to succeed in the long term. What exactly defines success anyway? Success means possessing a mindset where we feel good about our work, relationships, and everyday life. Our goal is to excitedly jump out of bed each morning, so we can get to work on the things we love. There is huge competition in business, and to succeed, we must be better than the majority of other people trying to succeed. Even the smallest improvement can generate a huge outcome. The more tools and business principles we know, the more steps we can take.
BEYOND MARKETING
Many marketing books talk about strategies, planning, tips for success. Our book, Marketing Mindset, provides knowledge for building a remarkably strong foundation for business. It's not only about marketing, but also the way we should think about our business and clients. Marketing Mindset covers many different areas that will help you build a strong business from the bottom up. Here we will take a look at some core marketing principles, personalities, and their effect on relationships, motivation, power, irrational aspects of human behavior, and the processes that help us keep everything organized and running smoothly.
YOUR PRACTICAL GUIDE
This book provides plenty of real-life examples, observations, and tips. Being knowledgeable of a theory is important, but one also needs the practical application of that theory for it to be useful.
Click here to get Marketing Mindset on Amazon / Kindle 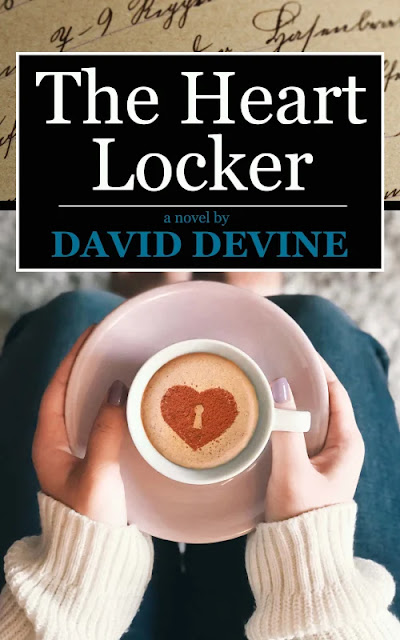 Claire, a happily married woman in her mid-thirties, works as a hairdresser in modern-day Manhattan. Having all she needs in life, crumbles when her dear husband comes home one night to confess he's been cheating on her and leaves to be with his mistress. Losing confidence in herself and looking for love again, Claire finds unexpected comfort from the journal of a stranger that gets locked away before she's able to finish it.
Confronting the fear of being alone, Claire makes new friends and overcomes the challenges of life. Her hope in love is reignited when a doctor approaches her on the street with a strange request.
The Heart Locker is a contemporary romance story filled with life lessons, drama, and redemption. It captures the life of Claire, her new mentor, her ex, and those around her.
Click here to get The Heart Locker on Amazon / Kindle 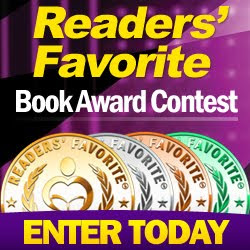 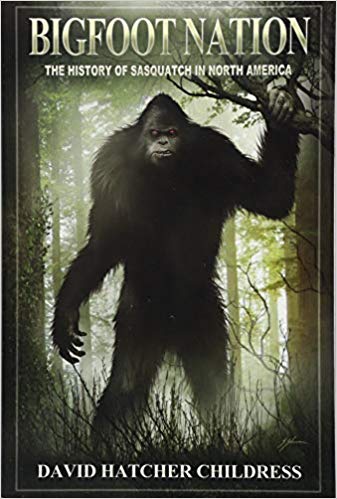